Viruses like human immunodeficiency virus (HIV), respiratory syncytial virus (RSV), and influenza have proteins on their surface that undergo dramatic conformational changes and allow the virus to fuse with a host-cell membrane and infect the cell. Jason McLellan, Assistant Professor of Biochemistry and Cell Biology at the Geisel School of Medicine at Dartmouth College, specializes in understanding these fusion proteins. He applies what he learns to develop new ways to stop the proteins from being triggered to change shape and cause infection.

Early on, McLellan planned on going to medical school, but organic chemistry labs had more appeal than hospitals. He ended up at the Johns Hopkins School of Medicine, but for a PhD in biophysics rather than an MD. There he learned X-ray crystallography from Daniel Leahy and worked on understanding the molecular basis for the interaction of Hedgehog proteins with a new family of co-receptors. “It was interesting,” he says. “But I felt like I wanted to do something more applied.”

So Leahy introduced McLellan to Peter Kwong at the National Institutes of Health’s Vaccine Research Center (VRC). Kwong’s lab focuses on structure-based vaccine design, wherein structural information is used to engineer vaccine antigens for viruses like HIV-1. “I thought that was a great blend of applying structural biology, which I love, to viruses, which are incredible, and trying to do something useful,” says McLellan.

At the NIH, McLellan teamed with VRC Section Chief Barney Graham in an effort to apply approaches being developed for HIV-1 to RSV, a potentially more tractable virus, to see what they might learn. McLellan, Graham, and Kwong first solved the structure of the RSV F protein in the post-fusion conformation. Later, they used an antibody to trap the metastable pre-fusion conformation and determine the structure of the complex. “Everyone thought the pre-fusion conformation would be a great vaccine target,” McLellan says, “but we had to stabilize the protein in the absence of the antibody.”

From there, they used structure-based vaccine design principles to develop a stabilized form of the F protein in the pre-fusion state. This stabilized protein, when introduced into animals as an antigen, triggered an immune response that resulted in very high titers of neutralizing antibodies against RSV. Science chose this successful application of structure-based vaccine design as one of the 2013 Breakthroughs of the Year.

That same year, McLellan started his own lab at the Geisel School of Medicine at Dartmouth College, where he continues work on structure-based design of interventions for viral pathogens. He also investigates basic science questions, such as how RSV F proteins are triggered to switch from pre- to post-fusion conformations. “The major focus of my lab is structural biology,” says McLellan. “Ultimately, we want to apply structural information to the rational design of interventions for viruses.”

In addition to RSV, McLellan’s lab, in collaboration with Andrew Ward’s laboratory at the Scripps Research Institute, has recently published structural information on the coronavirus spike protein, which, like RSV F, is a class I fusion protein. His lab has also published a structural explanation of how two antibodies interfere with Ebola virus membrane fusion, which was performed in collaboration with Nancy Sullivan’s laboratory at the VRC. Efforts to apply this structural information to the development of vaccine antigens are currently ongoing. 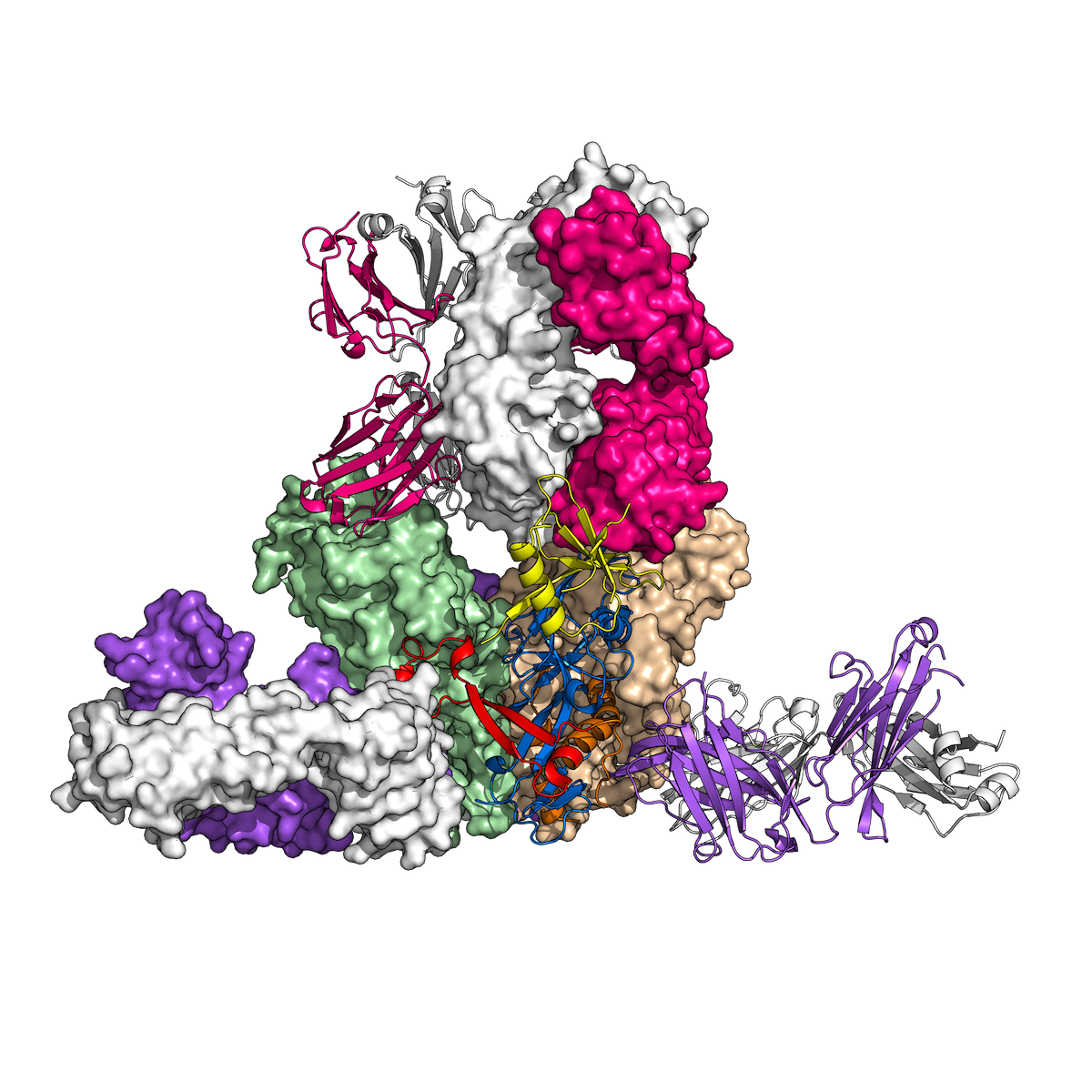 Most recently, his work has involved a collaborative effort with Janssen Pharmaceuticals, a subsidiary of Johnson & Johnson, to define the mechanism of small molecules that inhibit the RSV F protein. This work also allows his lab to use these compounds in various assays to study the fusion process in more detail. “There’s a nice synergy between the basic science and the translational work,” he says.

Similarly, he is using the pre- and post-fusion F proteins in a collaborative effort with Adimab, LLC, to isolate monoclonal antibodies from individuals who have had an RSV infection. “We can look at the repertoire of antibodies raised against natural RSV infection,” he says. “Some of them are as potent as what’s in clinical trials, so there are opportunities there. But it’s also teaching us how to make better vaccine antigens.”