By great luck, the laboratory of Kurt Krause, University of Otago, Dunedin, New Zealand is only an eight-minute drive to a waterfall on Nicols Creek famous for an abundance of native glowworms.

A major tourist attraction, glowworms create a starry night effect in wet places—caves, damp areas of forests, and by streams. Glowworms are not actually worms. They are the larvae of fungus gnats that feed on other insects. They snare prey by secreting a curtain of sticky fishing lines with watery beads that they illuminate with blue-green light to attract insects.

The glowworm proximity sparked new life into a side project on the biology of bioluminescence. Researchers in the Krause lab discovered the enzyme that produces the glow—a luciferase related to the one that gives fireflies their green- gold flash (Scientific Reports, 2018). But the glowworm luciferase works with a structurally distinct luciferin molecular partner.

“That has potential ramifications for being a biotechnology tool, but mostly it’s just kind of a cool ‘wow, why does the glow worm glow’ thing,” Krause says. “I've been a part of some cool stuff, just by saying, ‘Yes, okay, let's give it a go.’”

A native Texan, Krause is an infectious diseases physician who discovered structural biology in medical school and eventually became a fulltime scientist. Most of his lab’s research focuses on proteins and enzymes important in diseases spread by bacteria and viruses, such as tuberculosis and coronavirus. 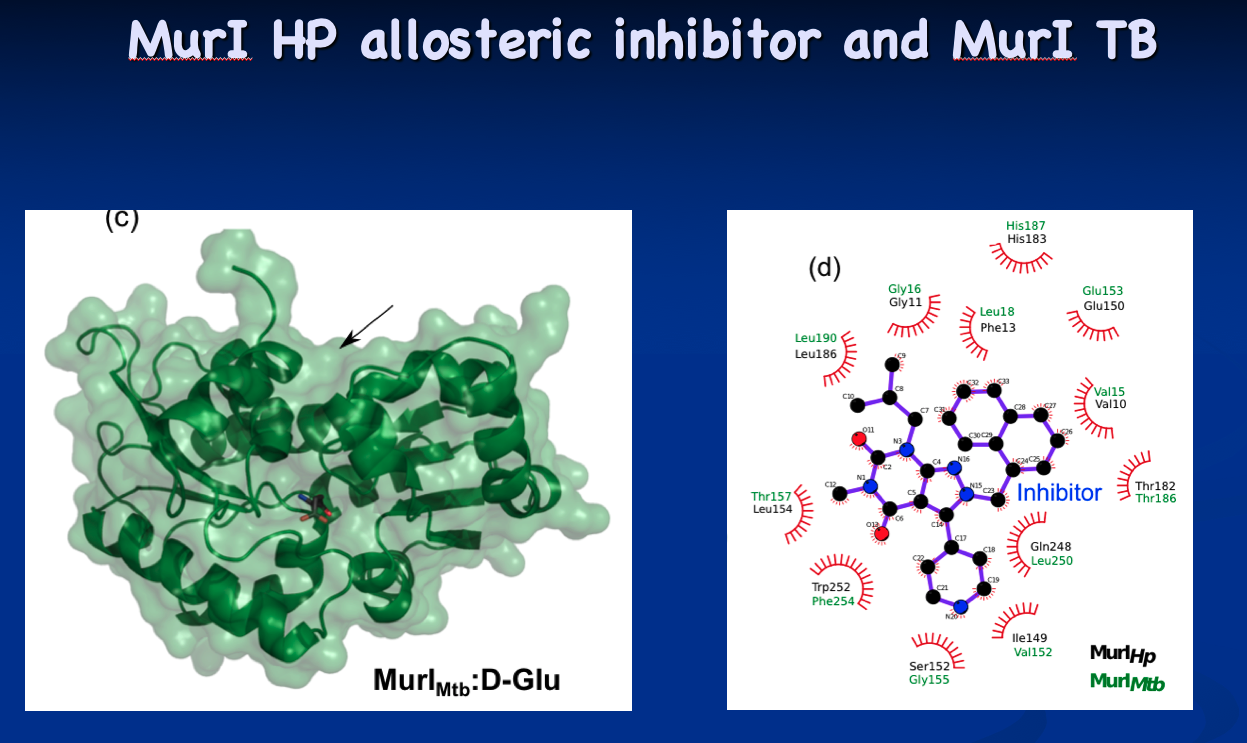 Krause was born in El Paso to parents who married during World War II. His dad was in the U.S. Air Force, so the family moved around when he was growing up. Home videos show Krause’s first major road trip three months after he was born. His mom and dad loaded him, his two brothers, and a Siamese cat named Sissy into a four-door Nash Rambler sedan and drove on a two-lane highway to their new home at the Elmendorf Air Force Base in Anchorage, Alaska.

Later they lived at several bases in Texas, eventually settling in San Antonio where Krause finished high school. He had become interested in science and sped through his college chemistry major, earning a BA by age 19. He played piano seriously and studied the pipe organ, achieving a milestone with J.S. Bach’s Toccata and Fugue in D Minor. A fist fight derailed his keyboard aspirations for a while, but the other guy became a multimillionaire oil and gas tycoon who later funded some of Krause’s research.

Medical school seemed the next logical next step for someone interested in how the human body works, Krause reasoned.

Baylor College of Medicine in Houston was an old-fashioned school, featuring biochemistry, physiology, anatomy, embryology, molecular biology and other courses instead of the case-based curriculum popular today.

“I felt like the whole world opened up in front of me,” he says. “I was seeing protein structures that were just beginning to get solved at that time. It was certainly still quite difficult. And I thought, if you had a protein structure, you had the potential to design a drug. You could design something very specific and very active that presumably wouldn't bind to other proteins.”

By the time he finished medical school, he had decided to get a PhD in protein structure and function. Baylor didn’t offer protein crystallography, so Krause bought an airline pass good for a month or two of unlimited domestic travel. He visited more than one dozen schools across the country, from Stanford to Yale, meeting researchers whose names were familiar from his textbooks.

Choosing Harvard, it was William Lipscomb, a Nobel Laureate, who won over Krause with his teaching style in a class on enzymes.

It was the early 1980s, but Lipscomb had devised a way to display three- dimensional molecular images in the middle of the classroom using two 35- millimeter slide projectors with different polarizing filters. He handed out 3D glasses to students and then walked into the projected image to point out the active site and other features.

“It was awesome. He was so far ahead of his time,” says Krause. “So I joined the lab. It was just the best experience of my life.” “The Colonel,” as he was known to friends and colleagues, had an open-door policy and regular hours (10 am to 4 pm, then 7-10 pm), but he was busy during the day. Krause learned to be at the lab during the evening hours, when The Colonel had time to chat. 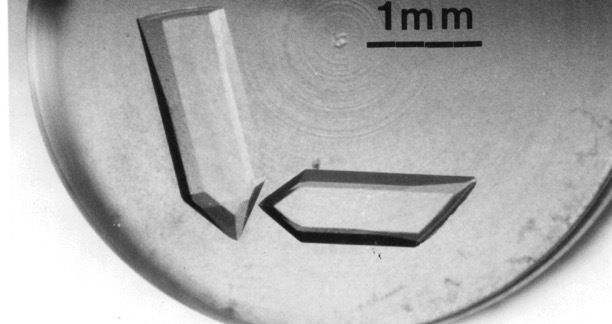 The lab was involved in early drug discovery based on the high-resolution structure they had solved of the enzyme carboxypeptidase. Most of Krause’s thesis work was on a larger enzyme, dodecameric aspartate transcarbamoylase.

The glowworm project also traces back to his graduate student days. In search of an interesting collaborative project, Lipscomb asked Krause to be his emissary to the nearby bioluminescence lab of Woody Hastings, igniting a longstanding interest.

After his thesis and a short postdoc, Krause returned to patient care at Baylor, first for a residency in internal medicine and then for his first faculty job. Crystals were growing in the lab, but he had no X-ray equipment. Down the street, J. Andrew McCammon, a University of Houston faculty member, suggested Krause move his crystallography lab there.

With dual academic appointments over the next decade, Krause stepped up the crystallography research while also working part time as a general internal medicine physician. His first structure was the extracellular nuclease that augmented the pathogenicity of Serratia marcescens (Nature Structural Biology, 1994). They quickly obtained crystals that diffracted to 0.88Å, among the highest for that size protein.

The nuclease crystals were so well ordered they diffracted well below 1.0 angstrom. “We could see individual hydrogen atoms,” he says. “We had big plans for trying to use this structure as a way to compare bond-lengths and angles for amino acids within proteins to those from the Cambridge database, which were solved in isolation. But NIH, our initial funder, was not so keen.”

More NIH funding came with a shift to infectious diseases work on antibiotic discovery. The initial focus was on alanine racemase “which everyone hoped would be the perfect drug target. Made sense because D-alanine makes up part of the bacterial cell wall,” he says, “And we don't have any D-alanine in us. If you block a bacteria's ability to make D-alanine, you'll kill it. But if you end up inhibiting the ability for people to produce D-alanine, it's not a problem.”

Unfortunately, they eventually discovered the active site, a tight dimer, was virtually inaccessible to potential drugs.

Most of his early patients had advanced AIDS and died within 6 months. With no proven therapeutics to fight HIV, pandemic deniers challenged the viral origin of the disease, and desperate people promoted useless and dangerous alternative treatments. But soon, a series of controlled clinical trials showed that certain medicines were effective and even more so when used in a triple cocktail.

“It was this incredible experience of seeing all these people dying, transitioning as therapies improved, to almost nobody dying,” he says. “All of a sudden, people had zero viral loads and essentially a normal life expectancy. It was like the scientific method had been validated. Now patients were telling me, ‘Hey, I'm looking for a new job, and I want to get married. And I want to have kids.’ Gamechanger. And it set me up for the more recent [coronavirus] pandemic. I knew that if the research was carried out properly, the proper therapies would be found.”

It was both incredible and unsustainable. Krause was working in the lab during the day and his clinical duties had expanded to include both night HIV clinics and weekend hospital work.

He was negotiating a job offer to set up a new emerging infectious disease center in Ohio when University of Otago called about a biochemistry chair position. On a visit to New Zealand, he found a department staffed with impressive pedigrees from top institutions, some overlapping Krause’s academic family tree. They promised him X-ray equipment. He moved into his new lab in December 2005.

“Our work now is drug discovery and infectious diseases, antiviral and antibacterial, with a side theme in bioluminescence,” he says.

Meanwhile, about halfway through the alanine racemase project, a friend at Chiron, a U.S. biotechnology company acquired by Novartis, called Krause and told him he should be working on glutamate racemase, which has a much more open active site. It turned out that the company was closing down its antibiotic making projects completely. His friend thought the science should continue somewhere.

The tip initially culminated in the structural determination of glutamate racemase from Mycobacterium tuberculosis and Mycobacterium smegmatis (Biochemical Journal, 2016). Now, the Krause lab is looking for targeted inhibitors as new antibiotic candidates. “Every enzyme has its own secret issues,” he says. “The active site of glutamate racemase is open, but still problematic in terms of drug design, but I think we’re found ways around that.” 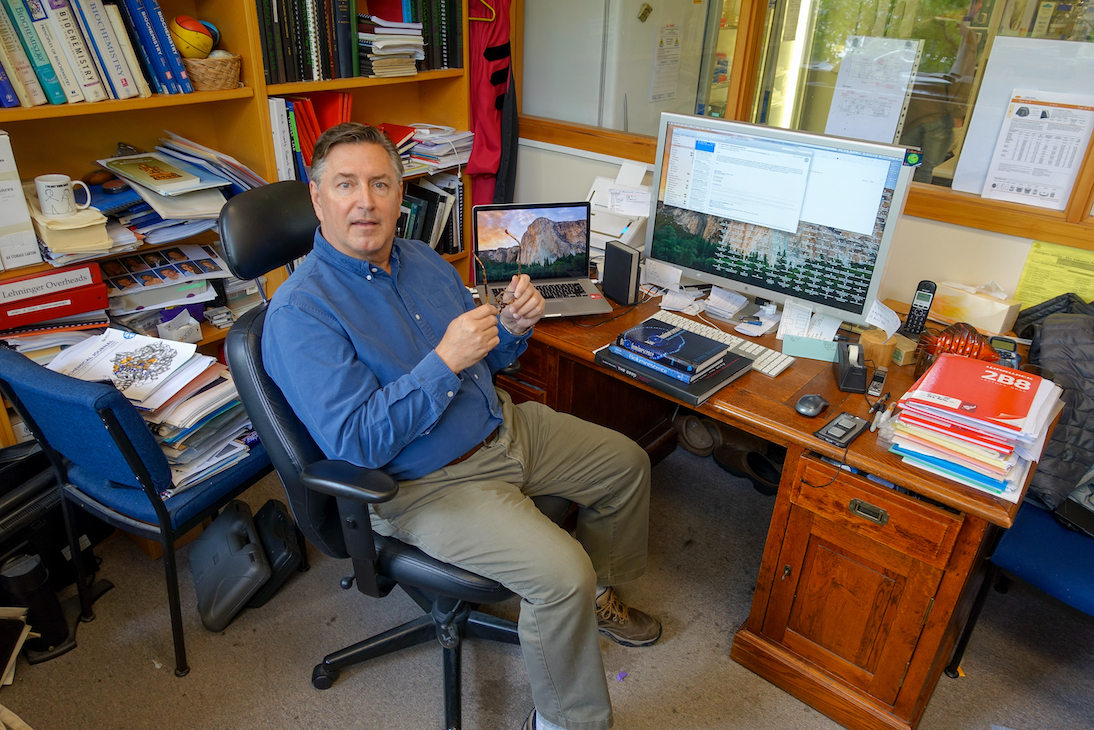 A second drug development project involves BD oxidase. The project has its origins in a 2015 research sabbatical. Krause visited the Frankfurt, Germany, lab of Hartmut Michel, a Nobel Laureate he had met as a graduate student for Lipscomb.

There, Krause worked with Michel’s postdocs on modern membrane protein structural research using cryo-EM. That’s where Krause learned about BD oxidase. Ironically, he discovered that the main research on this protein was being done in New Zealand by Greg Cook, who was already collaborating with Krause on the glutamate project. “He’s just down the hall from me, and I didn’t know he was doing anything on this protein,” Krause says. “I heard about it by going to Germany!”

The collaborators secured a grant and determined the structure (Nature Communications, 2021). “BD oxidase may be the perfect drug target for tuberculosis (TB) drug design,” Krause says. “Now we're trying to see if we can turn this new structure into new drugs for infected patients.”

On his sabbatical, he also was hosted by the Boston lab of Eric Rubin, a tuberculosis researcher at the Harvard School of Public Health and editor of the New England Journal of Medicine. There Krause was first exposed to SBGrid, whose offices are nearby. He embraced the service as a painless solution to the fatigue of maintaining up-to-date software and computing equipment to support structural biology research.

In 2018, Krause invited SBGrid’s Piotr Sliz and Jason Key to an international structural biology meeting in Auckland. Since then, the Krause laboratory has become host for a fledgling hub for SBGrid to expand its services into the Australia-Asia-South Pacific region. The lab has funding and a dedicated SBGrid outreach postdoc.

By now, Krause may know more words in Te Reo, the language spoken by the indigenous Māori people of New Zealand, than the smattering of everyday Spanish he spoke growing up in Texas.

In fact, Krause worked some of the new vocabulary into a recent grant proposal for a research project in bioluminescence. If pressed for a favorite Māori word, he would choose “titiwai,” the name for glowworms, which means “projected over water.”

“Our titiwai work strives to have a focus on kaitiakitanga (guardianship and protection), whanaungatanga (relationships and belonging) and manakitanga (kindness and support),” he explains. The three guidelines also happen to be the mantra of the famous Waitomo Glowworm Caves, whose Māori guardian, or kaitiaki, will perform the same role for the Krause lab.