Kevin Corbett got his start washing dishes. The job, at TechLab Inc., a small biotech near Virginia Tech, led to research investigating the life cycle of a parasitic amoeba at the University of Virginia, where he was a biochemistry undergraduate.

Later, in the spring of 2000, he walked into the office of the late Don Wiley at Harvard for his first graduate school interview. “He sat me down in front of a Silicon Graphics workstation, gave me a pair of 3D glasses, and for the first time I saw how a protein was built,” says Corbett, now an Assistant Professor of Cellular and Molecular Medicine at UC San Diego and the Ludwig Institute for Cancer Research. “I was hooked.”

Today, Corbett’s lab is embedded in the Ludwig Institute for Cancer Research, though he doesn’t study cancer directly. Rather, he studies the structures involved in the process of meiotic recombination, which slices and knits DNA together using the same DNA repair pathways implicated in cancer and targeted by many cancer therapies. “The meiosis field was lacking hardcore biochemistry and structure, so I’ve found a niche where I can contribute to an important field,” he says.

Though Corbett was inspired to study structural biology at Harvard, he ended up at the University of California, Berkeley, for graduate school and joined the lab of James Berger. Initially he wanted to work on polyketide synthases, huge factories that bacteria use to make novel antibiotics. “It was a little ambitious,” Corbett says. “James was supportive, but suggested I also work on topoisomerase VI. That soon became my main project.”

Topoisomerase VI is found in Archaea, single-celled prokaryotes that tend to live in extreme environments like the boiling mud pots at Yellowstone National Park or gas vents at the bottom of the ocean. Using X-ray crystallography, Corbett first solved the structure of this enzyme’s ATPase subunit. Then he combined crystallography with small angle X-ray scattering to visualize the entire enzyme and observe how ATP powers its strand passage reaction.

For a post-doc, Corbett joined the lab of Stephen Harrison at Harvard Medical School with the intention of studying kinetochores, enormous protein assemblies that control the motion of chromosomes during cell division. “I wanted a gigantic structural problem,” says Corbett. “Steve’s lab is a great place for people who are ready to be independent but still need help along the way.”

Instead of focusing on the mitotic kinetochore, Corbett decided to focus, unconventionally, on meiosis. Meiosis is specialized cell division that halves the chromosome number to create egg and sperm cells. Meiosis I, the first of a two-stage process, separates maternal and paternal homologs from one another. In Harrison’s lab, Corbett solved the structure of monopolin, a complex that binds kinetochores in meiosis I to modify their behavior. The structure revealed a distinctive V-shaped complex that suggested a direct kinetochore cross-linking function that enables homolog separation.

In his lab at UCSD now, Corbett focuses on the proteins that organize meiotic chromosomes and control meiotic recombination, the cutting and pasting together of chromosomes. “This is the key to how eukaryotes can evolve more quickly than prokaryotes,” he says. “It’s also the reason no two people look alike. Even though we share similar DNA, everyone has a unique combination.” 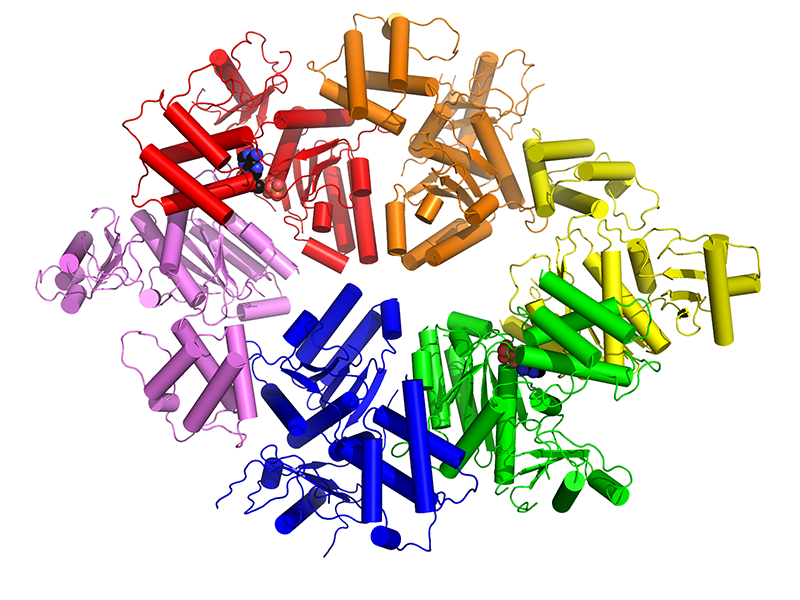 Looking forward, Corbett is interested in Spo11, which is also involved in meiotic recombination. Spo11 introduces DNA breaks in the chromosomes and is homologous to the DNA cleavage subunit of archaeal topoisomerase IV. “I’ve had my eye on Spo11 since graduate school,” says Corbett. “You could say it’s the Holy Grail of the meiosis field.”

With the colleagues and resources available at UCSD and the Ludwig Institute, including new capabilities in cryo-electron microscopy, Corbett thinks Spo11 is a problem ready to be solved. “The next couple of years are going to be pretty exciting,” he says.